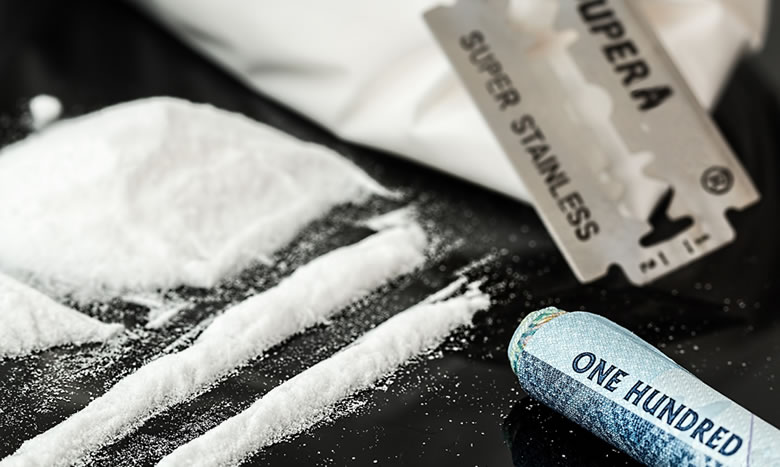 Have you or someone you care about been charged with a drug offense in Orlando or in any other place in Central Florida? If so, our experienced drug trafficking defense attorney in Orlando can help you navigate trhough the legal system. Call us today!

The State of Florida’s criminal justice system deals with a great many individuals charged with drug offenses. These can range from misdemeanors (like possession of under twenty grams of marijuana or possession of drug paraphernalia) up to first degree felonies (like trafficking in controlled substances, which have minimum mandatory prison sentences in the Florida Department of Corrections). These drug offenses are prosecuted in both state and federal courts, and each jurisdiction has its individual quirks. Individuals charged with drug offenses need to realize that they can result in:

Whether the individual charged is a recreational first time offender or a person that makes a living selling illegal narcotics, the drug offense penalties are not to be taken lightly, and they can vary significantly from county to county and between state and federal courts. It is imperative that you consult with an experienced drug offense defense attorney about these charges – do not try to handle the charges on your own thinking that since they are “just” drug charges what is the worst that can happen. Criminal defense attorney David P. Hill has been handling all varieties of drug offenses for over 23 years and can help.

What Drugs are Illegal to Possess in Florida?

At the state level, there is a lengthy list of drugs that are considered “controlled substances” under Chapter 893.03 of the Florida Statutes sorted by “schedule” – they are referred to as Schedule I, II, III, IV or V substances. But in a nutshell, in the State of Florida

are all illegal to sell or possess; possessing any of them in any amount (with the exception of under twenty grams of marijuana) is a felony. Possessing a substance prescribed medically to someone other than yourself is also a crime – so even if the substance can be prescribed by a doctor, if you don’t have that prescription (and don’t transport it in the designated pill container it came in) you can be charged with a felony.

There has been a lot of attention recently given the so called “synthetic” marijuana that has found its way onto the market. The State has made some of these illegal, and will ultimately try to make them all illegal, however they are having difficulty keeping up with the chemists that manufacture them – something can be manufactured that is legal at one point, and could be legal when it is purchased, then later could be deemed illegal as the statutes change to amend and include the latest version of the synthetic.

Possession of Other Drugs

There is no such thing as misdemeanor possession of cocaine in the State of Florida – if you possess any amount (and in some cases law enforcement will attempt to charge possession based on just residue of cocaine in a container) you are facing a felony charge. As with Marijuana, penalties can go up once a person is charged with trafficking.

Other illicit street drugs (as opposed to prescription medications) all have trafficking amounts associated with them. If there are concerns about what a person may be facing based on the amount alleged to have been trafficked, contact Orlando drug charge defense attorney David P. Hill for a consultation and a full explanation of the charges.

Note that some trafficking statutes also apply to prescription medications containing opium derivatives (oxycodones, hydrocodones, etc.), as they are in the same drug family as heroin, and the base trafficking amount is just 4 grams (between 4 and 14 grams results in the minimum mandatory of 3 years in prison). There are laws against “Dr. Shopping”, that address behavior by individuals getting painkillers from multiple medical providers without telling the physician(s) that they are getting the same or similar medications from other doctors at the same time. There is also in the State of Florida a prescription registry that pharmacists, law enforcement and doctors can access to see if an individual is abusing their prescriptions, getting multiple prescriptions for the same medication filled simultaneously.

In addition to possession of drugs (both illicit street drugs and prescription drugs) being illegal, possessing drug paraphernalia is also. Possession of drug paraphernalia is a first degree misdemeanor, punishable by up to one year in jail and a $1,000.00 fine. What constitutes ‘paraphernalia’ depends on the facts of a case. A plastic bag or container is not paraphernalia in and of itself unless it actually contains drugs, or residue of drugs. Pipes can be used for tobacco, as can rolling papers, so if there is no trace or evidence of any illegal drugs on these items an argument can be made that they are not paraphernalia under the statute. The statute includes any items used for concealing drugs for storage purposes, and also items like scales, and other measuring devices. While this offense does not result in a suspension of your license if convicted, it is a criminal offense nonetheless and can have negative consequences.

Drug offense defense Attorney David P. Hill has been handling all manner of drug charges for his entire 23 year career as a criminal defense attorney, including possession and drug trafficking charges. Drug offenses are as varied as the large and complex statutes in both state and federal courts that make them illegal, so defenses are typically very fact specific. Some general areas of defense include attacking any 4th Amendment Violations, wherein police officers find drugs through illegal searches or seizures, or those without any exception to the warrant requirement. Motions to Suppress evidence seized illegally under the 4th Amendment are extremely common in drug cases, and many cases are resolved prior to trial through the successful litigation of Suppression Motions. Any cases involving search warrants must be analyzed to see if the officer who presented the information to support the request for the warrant gave either enough information to support the issuance of the search warrant by the magistrate. As mentioned above, issues of weight can play a part in trafficking cases. As trafficking cases often involve the use of confidential informants, litigation may be needed to reveal the identity of those informants, to see what their background may be, and to investigate their motivations for cooperating and their overall veracity.

Another aspect of drug offenses may be that the person charged is suffering from addiction issues. If it is their first offense, and they are charged with just a simple possession, it may be possible to get the person into a Drug Court program, wherein the person agrees to participate in a treatment program and stay out of trouble for a period of time, and if they are successful their charges can be dropped. Sometimes charges that are not drug possession offenses, but are drug related property crimes, can also be handled through Drug Court. Even if Drug Court or another Diversion program is not available, often getting a person the help through treatment that they need can be used to resolve the criminal charges against them as well. If an individual is a returned veteran dealing with PTSD or other issues, which has in turn caused them to turn to drugs, many counties in Florida have now established Veteran’s Courts, specifically designed to deal with veterans in the criminal justice system.

Please visit our drug offenses FAQs page for answers on some of the most frequently asked questions we receive from our clients related to this subject.

Contact the Law Firm of David Hill in Orlando, Florida

Drug offenses are a huge area of the criminal justice system in Florida. The areas mentioned above give some good general information about some of these, but there are many other areas, including many additional drug offenses, not discussed. If you or a family member or friend has been accused of violation of a State or Federal drug statute, it is very important that an experienced criminal defense attorney is sought out. Do not take these offense lightly as they can have devastating effects on your life, either through just having a record, losing your driver’s license or professional license, or in the worst case, being sentenced to a lengthy prison sentence. AV rated Orlando drug possession and trafficking defense attorney David P. Hill is here for you, having counseled and guided successfully hundreds of people over the years through the courts in these complex statutes that cover these offenses. We will mount an aggressive defense for your charges, and get you the help you need to put them behind you. Contact our law firm immediately. Our early interventaion in drug offense cases is critical. We have a 24-hour emergency answering service at (407) 648-0006. You may also fill out our online form or send us an email at info@orlandocriminaldefenselawyer.com. We offer a free initial consultation and keep all your information under the strictest confidentiality.

We hired David about a year ago to help our teenage son. He made a bad decision, got involved with drugs and paid the consequences. David was professional and understanding and went above and beyond in handling the case and was able to achieve excellent results! It was a very difficult time for us. He was always available, non-judgemental and guided us all the way. He is truly one of a kind. We recommend him without reservation.

★★★★★ Posted in Google by Anonymous

Excellent defense lawyer - My family went through a very stressful situation recently when my son was charged with drug possession. David Hill was able to prove that he was not at fault and allcharges were dropped. I recommend him.

When my son was charged with drug possession with intent to sell my wife and I were devastated. We felt helpless and confused. He had always been a straight-A student and a very well behaved kid. It turned out that two "very good friends of him" accused him of a crime just for them to be able to "get out of problems" and our world turned up-side-down. Fortunately a good friend of mine recommended David Hill. Mr. Hill handled the case immaculately and helped us get through the situation with his great advice. He was always available to answer our questions, while being straight forward and sensitive. Charges were dropped and we were able to continue our normal life again. We will always be grateful for having hired Mr. Hill and will recommend him to anyone charged with a criminal offense.