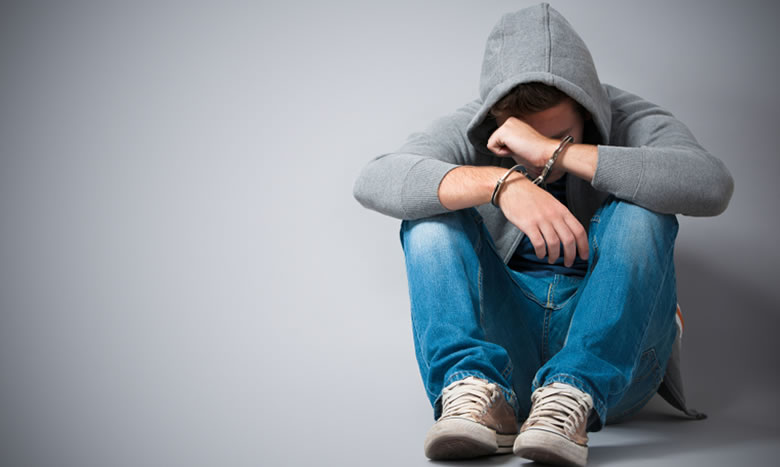 If your child made a mistake and has been charged with a criminal offense, it is critical that you seek advice of a juvenile defense attorney immediately. A criminal record can have serious lifelong consequences for a juvenile often affecting him/her psychologically, and jeopardizing future educational and career opportunities.

Among the most frequent charges faced by juveniles within the Orlando and Central Florida areas are:

Juvenile records are confidential. They are not public record, and only the juvenile defense attorneys of record have access to the police reports or court pleadings. If a person who is not the attorney for a juvenile calls the clerk of court and asks for information about a juvenile case, they will not be given any information. Unfortunately, in recent years media coverage of juvenile cases will result in the names of juveniles being released to the public. Juvenile records can be sealed or expunged, and the process is different from the sealing and expunging in adult cases. We handle sealing and expunging of juvenile records. See Sealing/Expunging of records section.

When a juvenile is taken into custody by law enforcement for allegedly committing a crime, they are said to be “detained.” Initially they are taken to the “JAC” Center, or the Juvenile Assessment Center, where basic information is taken, and they are held while their parents or guardian is contacted. In most cases, juveniles are released to their parent or guardian. If they are not released, they will be brought before a juvenile judge the day following their arrest/detention for a detention hearing, to determine if they will be kept at the juvenile detention center or released on home detention. If the judge decides to detain the juvenile (and this is based on the juvenile’s score on an interview that looks at the seriousness of the offense, the juvenile’s prior contacts with the juvenile criminal justice system, and the possible exposure to harm to others in the community), the juvenile can be held for 21 days in detention at the local Juvenile Detention Center. The Detention Center just houses juveniles. Sometimes the State of Florida will ask for an extension of the time a juvenile is kept at the detention center.

The Law Offices of David Hill has represented juveniles in the past with very serious alleged offenses that scored detention pending trial. They have been able to convince the judge to use their discretion to release the juvenile from the detention center so that they can return home. At times the judge will add conditions to their release to home, such as electronic monitoring of the child, as well as curfews. In all situations the court will require that the child attend school full time.

Trials in Juvenile court operate essentially the same way as they do in adult criminal court – the accused is presumed innocent, the state has the burden of proof, the accused must be found guilty beyond a reasonable doubt. Evidence rules are the same. The main difference is that there is no jury involved in juvenile court. The judge assigned to the case will listen to the facts of the case and decide whether the juvenile is guilty or not. The judge must make decisions regarding the law that may come at trial, and also ultimately decide on the facts presented.

We have successfully handled numerous juvenile trials on a wide range of cases and would be honored to handle your too.

Unlike adult court, if a juvenile is found guilty of a crime they cannot be sent to any type of adult incarceration. There are secure locked facilities that juveniles can be sent to that are like adult jails, but they only house juveniles. These “Level 10” secure facilities are the toughest punishments that can be issued in a juvenile case.

The way a sentence is determined is that generally a “Predisposition Report” or PDR is prepared by the Department of Juvenile Justice. These are generated by a panel of people from the Depart of Juvenile Justice, that listen to input from law enforcement, the alleged victims in the case and the assigned caseworker. It is very important for the juvenile, his parent or legal guardian and lawyer to attend these “staffings”, and for the juvenile defense lawyer to request in advance that they be notified about any upcoming staffing and be invited to attend. The Law Offices of David P. Hill always makes it a point to attend these staffings so that the input of the attorney, the juvenile and the juvenile’s parent is heard. Decisions will be made about the juvenile’s future at these meetings, so it vital that the juvenile’s side of the case is heard.

Sentences can range from a judicial warning by the court, up to probation with the Department of Juvenile Justice (this can last until the juvenile turns 19 years of age, after which the Juvenile Courts lose jurisdiction or control over the juvenile). Sometimes the Court can order the juvenile enter a program where the juvenile resides away from home in the residential program, designed to address the level of the juvenile’s offense. If the juvenile leaves such a program without permission they can be charged with an additional offense.

Teen Court is a diversionary type program available in many Florida counties. This is generally offered to first offenders, and results in the charges being dropped.

Many children and teenagers make mistakes – it comes with the territory of growing up and learning responsibility. When this results in their being charged in the Juvenile Justice System it is very important they have competent legal counsel experienced in this area of criminal defense law.

Juvenile court presents a whole different set of issues and problems to be considered, from the possible pretrial detention to trial and sentencing. Just because juvenile records are confidential it is possible that a juvenile record can cause problems when it comes time to apply for jobs or colleges or universities. An aggressive defense to the juvenile charges must be mounted to try to defeat the charges if possible, or an attempt to get the charges into a diversionary program must be made. If the juvenile is going to be sentenced in the juvenile system it is imperative that the family and the juveniles defense lawyer get actively involved to try to sway the Department of Juvenile Justice in favor of the juvenile in terms of what the sentence will be.

Defense Attorney David P. Hill has been handling juvenile matters in Orlando for over twenty years, and would be happy to discuss your child or loved ones’ case. Call us today at (407) 648-0006 ,email us at info@orlandocriminaldefenselawyer.com or fill out our online form and we will contact you shortly. Experience specific to juvenile court matters, and we have that experience. Let us fight for your child in juvenile court.