Driving Under the Influence (DUI) in Florida 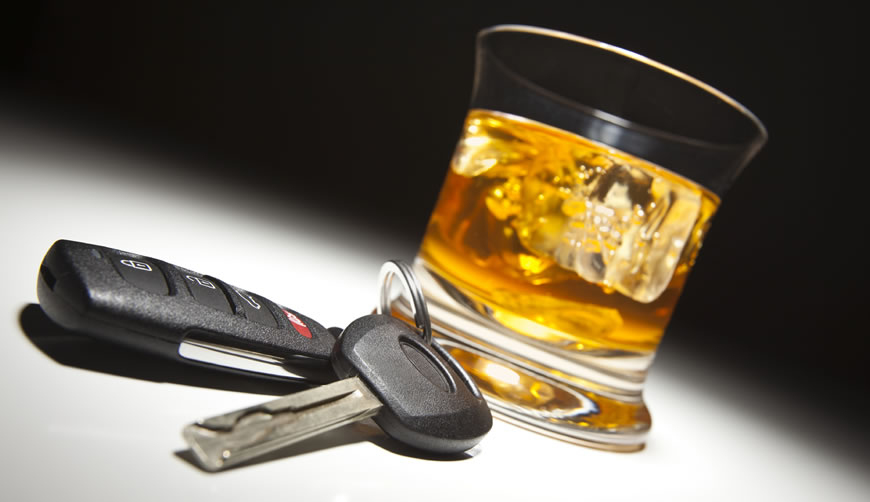 DUI, or driving under the influence, is a criminal offense in Florida and one that carries mandatory minimum penalties that can be severe and life-changing, that is why is so important to have a DUI defense attorney on your side.

Under Florida Law a person is guilty of DUI if he or she drives, or is in actual physical control of a motor vehicle, and is under the influence of alcoholic beverages or any chemical or controlled substance to the extent that his or her mental or physical faculties are impaired or when his or her blood alcohol level (BAC) is above the legal limit for the state. This includes alcoholic beverages of any kind, illegal narcotics, prescription drugs or even over the counter medicines.

If you are charged with DUI in Orlando, Central Florida or in any other place in Florida, your driver's license will be immediately suspended and a citation will be issued.

DUI's are usually charged as misdemeanors Under Florida Law but can become felonies under specific circumstances. Among them:

Mandatory minimum penalties for a DUI conviction include:

The severity of each of these penalties depends on specific circumstances, the degree of your DUI offense and the existence of previous DUI convictions. Felony DUI charges carry more severe penalties than misdemeanor DUIs.

The above are the minimum penalties for first time DUI offenders whith no aggravating factors. If there are aggravating factors, such an accident, additional penalties, including the imposition of an 'Ignition Interlock Device' are required. Defendants who have had previous DUI convictions also face additional mandatory penalties and can even end up being charged in felony court.

It is very important for you to be aware of Florida’s “Ten Day Rule”. This rule states that if you are suspected of driving under the influence and refuse to take a blood, breath or urine test after being arrested for DUI, or your breath test was .08% blood-alcohol or above, you have only a 10 day period from the date of the arrest to request in writing a Formal Review Hearing with the Florida DMV. During this 10 day period you are allowed to drive using your citation as a driving permit. If you fail to file for this hearing you will miss the opportunity to challenge the administrative suspension of your driver license and won’t be able to drive after the tenth day.

If you file a demand for a Formal Review Hearing and you are eligible, a temporary license will be issued. This temporary license becomes effective when the ten day permit expires and would allow you to continue driving for business purposes until seven days after the Formal Review Hearing, normally giving you a period of 30-45 days to continue driving.

The Formal Review Hearing (which is an administrative hearing as opposed to a criminal trial which occurs later) resulting from the DUI charges must be scheduled no later than thirty (30) days after the demand is filed and will be held before a hearing officer employed by the Department of Highway and Safety Motor Vehicles (DHSMV). During the hearing the existing evidence will be presented with the intention to uphold the administrative suspension of your driver license. If you are represented by a DUI defense attorney during the hearing, she or he will have the opportunity to present arguments and cross examine the police officer who made the arrest and the witnesses, if there are any.

If your driver’s license suspension is upheld, you might be eligible to apply for a hardship license, which could result in only a hard suspension of 30 days for blowing over the limit, and one for 90 days for a refusal.

The Formal Review Hearing with the DHSMV is completely separate from the criminal case. If you are later on convicted of DUI by a criminal court, a mandatory suspension of your driver’s license will begin on the date of your conviction and your hardship driver's license, if any, will be seized.

DUI cases can be complicated and their consequences long lasting. Central Florida DUI Attorney David Hill has extensive experience and the required knowledge of the criminal justice system to fight them back. DUI cases more than most affect one’s ability to keep one’s employment since most people need to drive to get to and from work. That makes it essential to have an attorney help you navigate through the complicated administrative and criminal minefield of this offense. Our firm will attack the evidence being used through pretrial Motions to Suppress, which oftentimes can result in the charges being dropped. If a jury trial is needed, we are very experienced in handling DUI trials, and will do everything we can to obtain an acquittal at trial.

How a DUI charge is resolved can have a significant and long term impact for you and your family. If you live in Orlando, Winter Park, Windermere or in any other place in Central Florida, and you have been charged with 'Driving Under the Influence', call the DUI Attorney at the Law Offices of David P. Hill in Orlando today for your free consultation. We are available 24 hours at 407-648-0006. You may also fill out our online form provided at the top of this page and we will contact you as soon as possible. We will keep your information confidential.

David Paul Hill (Attorney with a heart of gold)

Attorney Hill, represented me in a DUI case what I thought would be the end of my career. I never appeared in court from the beginning to the end, and the case was thrown out, I would highly recommend attorney Hill, he will explain clearly and honesty what he can and/or can not do, me myself would any day without a doubt recommend attorney Hill. He goes beyond and above the call of duty. Very professional and honesty individual, he's not in for the $$$, he's a true professional from his heart of gold. :-)!

All I can say if you want a dam good attorney :-) retain Mr. Hill. he provided services on a DUI felony case for me, all criminal charges were dropped. He is an awesome Attorney, one you can place your trust in to go beyond and above the call of duty so that you will receive the best results possible. Mr. Hill, is professional, compassionate, sincere, and honest. I would recommend Mr. Hill any day, and I will never forget the amazing service he provided for me. His assistant Maribel is awesome as well.

Mr. Hill handled a first DUI case for my daughter. We are very happy with the results, not only because how he handled the case but also because how he helped us personally cope with the situation. Both me and my wife would recommend him.

Mr. Hill handled my girlfriend's DUI case and got great results. I recommend him.

★★★★★ Posted in Google by Anonymous

Excellent DUI attorney - I found David Hill while surfing the Internet when I got my first DUI. I never had problems before so I did not know where to go or what do to! I was scared to death! Mr. Hill answered my call in about 20 minutes, while I was still trying to contact an attorney. I met him and hired him. I think that was one of the best decisions I have ever made. He was on the case immediately and proved me to be very knowledgeable. I would recommend him to anyone looking for a DUI attorney.

About a year ago my fiancee, while in his last year of college, got a DUI. After an impeccable life, and a promising future, this was a shocking, and stupid, event. We talked to few attorneys and finally decided on Mr. Hill. Caring and straight forward, we thought he was the right person to help us with our problem. We couldn't have made a better decision! Mr. Hill proved to be knowledgeable and committed to us! The charges were dropped, and lesson learned. We recommend him.